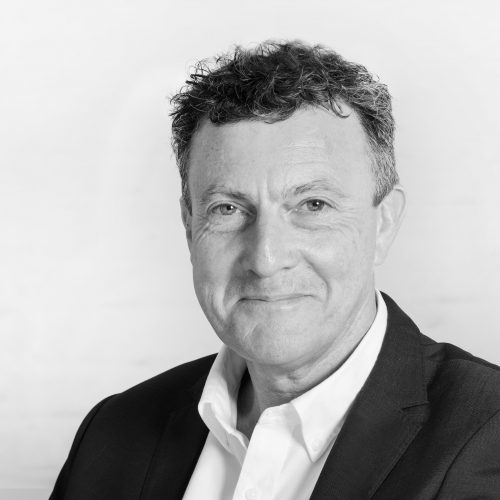 WestonWilliamson+Partners’ embrace technological innovation to improve the future. A good example of this is our research project with ThyssenKrupp Lifts developing innovative lift technology which allows personal transportation from underground metro-platform level to various designated locations in surrounding towers, moving both horizontally and vertically. This technology will transform the way we move around tall buildings with the same impact as driverless cars will have on the physical environment of our cities.

In addition to the research work with ThyssenKrupp, we are conducting a research project to design and promote a new green city based around high-speed rail. New technologies will transform the way we move around our cities and change the look of them too – a high-rise version of a true garden city: a civilised city. How we travel within and between our cities will have an enormous effect on the built environment.

We can demonstrate by our referenced examples that WW+P regularly challenge conventional thinking and create original thought. We look to collaborate in a respectful relationship where we can examine the best examples worldwide to challenge, improve and expand on them to create and deliver an exemplar project.

WW+P embrace disruptive technologies. Above is a proposal to link Brisbane Sydney Melbourne and Perth with a Hyperloop to take thousands of aeroplanes out of the busiest skies in the world.

On looking to the future, it is sensible to reflect on the past. As Steve Jobs said:

“You can’t connect the dots looking forward; you can only connect them looking backwards.”

A comparison of our cities now and Rome two millennia earlier is interesting to consider. If Tiberius were to return to Rome today, he would be astonished by many things. The growth and influence of Christianity, for instance, and the scale of the buildings dwarfing the Pantheon built in Augustus’ reign. Computers, televisions, radio, mobile phones, cameras and other technological advances would amaze him. Building materials and construction techniques unimaginable in ancient Rome allow much greater possibilities. But the biggest shock might be the way we move between and around our cities: the cars, buses, trains, aeroplanes and helicopters. This has probably had the biggest effect on our environment as it has dictated land use and planning, and will continue to do so. Some of these changes can be predicted, but others afford such boundless possibilities; it is only possible to forecast change without the knowledge of what that change will be. It will, however, offer great possibilities to architects and urban designers.

Tiberius however might find the inhabitants of the city relatively little changed: taller, generally better educated and most more travelled, but with broadly similar hopes and fears – a need to love and to be loved, to protect and nurture, and the same capacity for harm (with which he was all too familiar). We still have broadly the same diet (though more plentiful and varied), and feel heat, cold, injuries and hurt in the same way. Modern medicines might improve and extend our lives, but we still die of many of the same ailments as Tiberius’s citizens. He would be amazed by a modern hospital with x-rays and MRI technology, but appreciate that they are essentially powerless against human frailty. For comfort, many of us still believe in an afterlife – though for many millions this is based on the teachings of a man who had few followers during Tiberius’s reign. The divisions of race and religion would also come as little surprise to the emperor, although they have been amplified by modern communications and weaponry. Tiberius would not find much difference in other aspects of our daily lives in our cities. Many of the laws and rules for how we conduct ourselves (or should) in a civilised urban society would be familiar. The duty of a citizen and civic pride would be understood. He would also recognise the hedonism and would appreciate our love of music and entertainment, albeit being astounded by the instrumentation and technology.

Our minds and bodies are essentially the same after 2,000 years even though the technological advances have been immense. Even in the last 50 years the way our cities are being shaped has developed rapidly, but the focus is still on satisfying the same essential needs in man. So how does this affect our thinking about the future? Despite technological advances, we (as rational and emotional beings) still respond to the environment in a similar way, and that will surely continue. The citizens of ancient Rome would gaze with awe and wonder at the Pantheon 2,000 years ago in much the same way as we would at the Bilbao Guggenheim. The technological advances to achieve the latter are incredible, but the effect is the same. Similar advances over the next 50 years will affect the way we design and build, but how might they affect what we build and why?

We all have our own vision of the future. The fact is we can’t know what it will be like and when. We know what it might or could be like, but changes often happen in random leaps rather than as a smooth continuum. What we do know is that not only architects, but society at large, face great challenges. If robots print, deliver, assemble and install our buildings and infrastructure, what will the ageing population demanding ever-better healthcare and amenities be contributing? This may be a question the robots will be asking themselves (as we will have taught them to reason), and they will be deciding our future. That really would give Tiberius something to think about.

“Look back over the past, with its changing empires that rose and fell, and you can foresee the future, too.” Marcus Aurelius

What we have been doing to our cities, (above) to our mental and physical health by designing the way we have is truly astonishing but could be truly amazing. Below is WW+P re-imagined Broadway in Manhattan.

The second of a three part blog series by Chris Williamson

The first of a three part blog series by Chris Williamson